I think that blogging can provide an opportunity to express ideas in progress, rather than completed or resolved.  In that way, then, writing a stream of consciousness blog is a legitimate reason to change subjects or tone during a single blog, rather than make a blog more like an essay, complete in and of itself.  Jumping around from subject to subject, however, makes it pretty hard for a reader to figure out where you’re going, or indeed, if you are going anywhere, at all.

I find writing a blog, especially a personal blog, is pretty difficult, and I find myself frustrated at trying to focus on a subject, yet aware that I have so much to say and yet can’t seem to say anything much at all.  Part of my frustration is that I often feel the need to state conclusions to my conundrums, rather than being willing to hang around without resolution for very long.  Or to let a written piece end without any resolution of the issue raised in the piece. 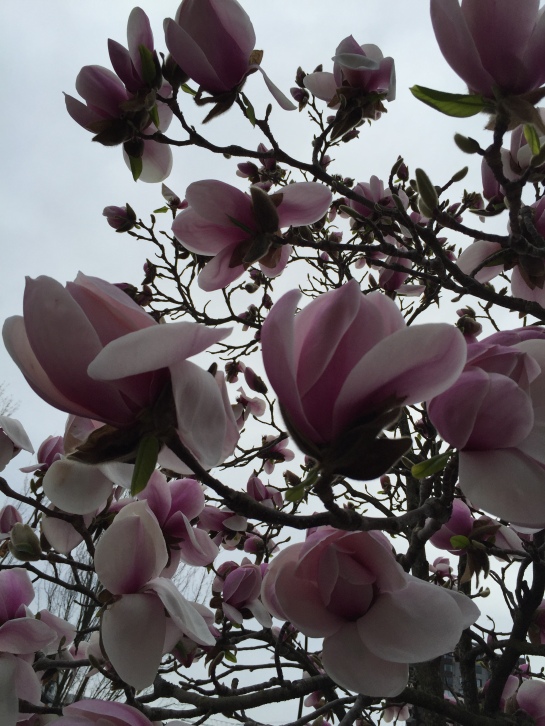 Writing a blog is a little bit like a conversation with my daughter. It runs all over the map without ever actually getting to the point.  With her its because she’s really afraid to ask for what she needs or wants, or perhaps because she feels it necessary to justify or rationalize her requests.  She’s over thirty, actually thirty-five tomorrow, and she’s way too dependent on her Dad.  And that’s both of our opinion. So we’re working on it but its a new conversation without any known parameters.

And like it or not, she really does rely on me more than is healthy for either of us.

Writing about intimate relationships is hard, because I know that I believe things about the other person that don’t seem true to them.  And yet which seem all too true to me.  With her, it feels to her like I don’t support her, believe in her, trust her, have confidence in her ability to take care of herself and my grand-kids, etc. She says that I don’t like her.  And sometimes it’s all true.

Sometimes I don’t know how to explain to her that even while all those things are sometimes true about my feelings about her, they don’t really encompass what I feel at all.

What they don’t express are my observations that she is beautiful, brilliant, talented in many different ways.  It doesn’t inform her about how much I love her, and how little difference I seem to have made in her life, despite massive efforts to do so.  I often feel that I am sacrificing myself on the alter, trying to care for her with all of her disabilities, illness, and violently victimized past.  Ultimately, she seems broken to me, and I don’t know if she will ever be able to put herself together again. In fact, helping her often seems to be contributing to her brokenness more than to helping her to heal.

They say that the first step towards solving a problem is to acknowledge that you have one, and to express it in words.

I have a problem.  I don’t know how to love her without either abandoning her and letting her sink or swim on her own, or alternatively, holding her up and destroying her by undermining her growth into a self sufficient person.

Which is the harder road?  For me or for her?