My friend is struggling because his wife of about a year is absolutely mortified that her husband wants to take pictures of naked women, and spend time in intimate situations with naked women who are not her.  This is despite the fact that her husband, before marriage, was one of the best known local boudoir photographers in Metro Vancouver.

In fact, they met as a result of his portraits of several of her very best girlfriends.  They were introduced  because her girlfriends thought that this guy was the real deal, a gentleman and a decent man and this woman had recently gone through an unpleasant breakup with someone who wasn’t such a “good guy.”  Her friends felt certain that he would treat her well, and if in fact they became a couple, he wouldn’t do any of things her earlier partners had done that had undermined her, and made her feel so threatened by men generally.  She was introduced to him at his photography studio in Kitsilano, in the midst of his work, by several of the models whose photographs adorned the gallery.

He now realizes that it is never likely going to happen.  She isn’t getting more comfortable with it at all.  In fact she feels betrayed by his wish to return to doing it. In a curious way, however, for both it has become an avatar for a whole range of other issues in their relationship.

As I said earlier, she made her objections to it clear from the get go.  He failed to tell her how much it really meant to him, and as a result is now being perceived as going back on an agreement on something she feels is fundamental to their marriage.  They have both agreed to be faithful to each other, without exception, until “death do them part.” He feels that taking photographs has nothing to do with fidelity or his commitment to monogamy. She doesn’t agree.

To her, his want to return to his nude photography and his shooting of nude models is a serious threat to their monogamous relationship, and while she says that she believes his promise of faithfulness to be sincere, nonetheless also feels that the process of meeting the model, engaging in an intimate act (photography), and being alone with a succession of beautiful women, would somehow destroy her sense of trust and intimacy as something precious that the two of them share, alone and with nobody else.

She also feels that his trying to back out of his earlier agreement represents a breach of trust and a significant decrease in his level of commitment to that “state of intimate grace” they share.  Even the thought of the subject is profoundly disturbing.  “If he feels this way after only a year of marriage, how will he feel a year from now, or ten years from now…” she says.

“If he only understood how all of this makes me feel, how small, threatened and unloved, he wouldn’t even dream of doing it!” she seems to believe.

But still, despite hearing all of this, my friend is heartsick. He didn’t really believe that marrying his wife would mean the end to something that had been a big part of his identity for years.  His promise was a stopgap, a means of comforting a new, pregnant wife who was feeling unattractive, indeed fat and ugly.  She was almost frantic in her anxieties about her attractiveness to her brand new husband, who she had only known for a few months before settling down, getting married, and having a child.  He agreed to put his photographic career on hold to help her cope with her feelings during a particularly difficult time in a woman’s life.

Now, however, the baby was now born, many months had gone by since she was pregnant, and in fact her found her to be as attractive as ever, and his interest in her heightened by their mutual parenthood of a beautiful baby. At this point in their lives together he feels that she should feel confident enough in their marriage, and certain enough in his commitment to her and the baby, to be able to let go of her anxieties and recognize that his want to shoot models and create art is a fundamental expression of him as a human, and as an artist.

“If only she could understand how I feel, how threatened by her lack of trust, how belittled by how little she believes in my integrity, how small in my love for her.” he believes.  “If she knew how her point of view diminishes me as a man and as her husband, by attacking that “state of intimate trust”  “She would never ask this of me if she know how low this makes me feel.”

In a way the whole thing just makes me grateful that Katherine and I are a lot older.  I won’t say that we don’t face the same sort of issues in our lives together, because I think every couple struggles with similar types of possession, trust and intimacy problems.  What I do say is that she knows in her soul that no matter what happens, as long as I’m breathing, I am committed to being her husband.  I have a ton of flaws and she’s had to deal with a lot in the thirty-five years or so we have danced together.

I am a photographer too, and have shot many pictures of beautiful women, both clothed and nude, over the years.  It’s actually a small part of my portfolio as a photographer, but I wouldn’t want to have to give it up.  I find it rewarding to work with models, male and female, and get a few precious shots that work out of a shoot .  My wife has never said no, even though I know that it is not always easy for her. 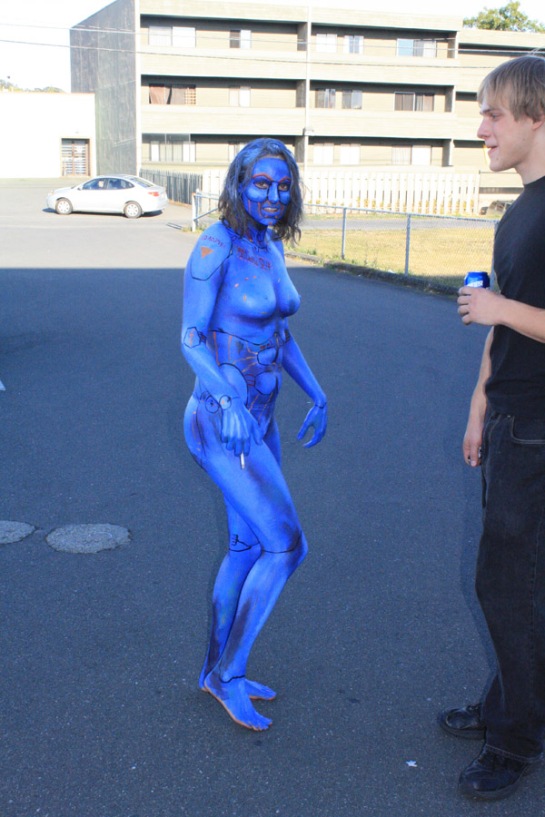 It has taken trust on her part, but it has also taken trust on mine.  My wife has never let me down in all the many years we have been together. But what worked for us may not work for someone else.  Each person in a relationships needs to set up for themselves the boundaries to their behaviours, to enable themselves and their partners to enjoy whatever it is that allows them to keep the magic in their relationship.